At 24 years old, I entered the full-time working world as a Quality Control Supervisor for a local beverage manufacturer. I have to admit, it was quite the introduction. For the most part, I encountered friendliness and support, but employees felt comfortable displaying the “unfiltered” version of themselves. On one occasion, I attempted to correct a worker on the production line whose action posed a quality threat and it became quickly apparent that he didn’t want to be corrected by the “new guy.” As a result, my pleasant approach was met with a facial tone, attitude and behavior that represented what seemed to be unresolved “emotional baggage” or “mummy and daddy” issues. At the time, I left it alone and asked myself, how could this company tolerate this? But, over my two and a half years at the company, I developed my own “baggage,” matching the aggressiveness I met as I went along. If the company was not assessing him, they wouldn’t assess me either so I felt comfortable telling people exactly how I felt. This was not only unacceptable, but it was also dangerous as this behavior could have potentially become a habit for me. Luckily that didn’t happen as I left that job after those two and a half years.

How many times have we seen behaviors in the workplace that hampers productivity? Whether it’s someone constantly arriving late, someone who constantly complains, or people using cell phones for personal calls on work time, we can all admit that it can be a source of frustration for colleagues and leaders. Sometimes, we may be able to talk things through but issues can sometimes become worse, especially when the problem is someone’s behavior. Some of the questions I usually get in this area include: How can we get the behaviors we want? How can I motivate these people? And how can I get these two people to get along?

Many will consider certain behaviors to be “difficult” and whenever we experience them, we have a tendency to give the person a label such as “idiot,” “fool” or “bitch,” but there is no solution for a label. If we focus on behavior instead of the label, then we can see a solution as it gives us more control, and in effect, more power to create change. Regardless of how the behavior was initiated, there are two critical things that we must all remember: 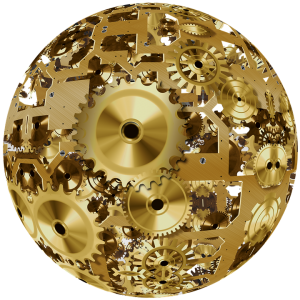 Some research has suggested that if we shift a person’s attitude in the right direction, the behavior will follow. For example, If people see the value of wearing their seat belt then they are more likely to actually wear it or if people think that smoking is bad for their health then they will quit. THESE ARE SIMPLY NOT TRUE!!! Nobody who smokes thinks that smoking is good for their health.

So, how can we get the behaviors we want and eliminate the ones that hurt our productivity and reputation? Everyone comes with past experiences and attitudes. This will determine how they respond to the environment they are in. If the right environment is created, employees have a better chance of making the right choices in terms of the behaviors they chose to exhibit. Getting individuals to make the choice means creating the conditions that would make it easy to do so. These conditions lie in the reinforcement systems and it starts with this:

Competencies are measurable and observable patterns of knowledge, skills, abilities, behaviours, and other characteristics that an individual needs to perform work roles or occupational functions successfully.  The behaviors are simply what the competency looks like in action when properly demonstrated. These competencies must be carefully defined before the interview stage. This way, you will know exactly what you are looking for. Let’s face it… punctuality and creativity sound really great but do you need them for this job? If you are in doubt about how to define these, speak to the opinion leaders or observe someone who is already effective on the job and what is exhibited. This will give you a good idea of where to start.

I have used the STAR guide with great success during the interview process. S/T stands for situation/task, A is the action the candidate took in that instance, and R is the result. Here is a brief explanation of how it is used and you can create your own behavior-based questions as well as skill/knowledge-based questions.

Choose three questions for each behavior/competency you defined. By looking at questions from various perspectives, you will gain further insight into personality factors as revealed through behaviors. Always remember to ask about the past. You will ask about: 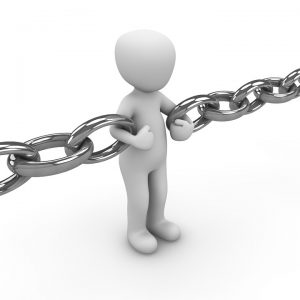 For example, if you are looking for “Teamwork”, a question may be: “Give an example of how someone else helped you achieve a goal that would not have been met without his/her assistance.”

This should not take away from the “skill-based“ questions, the “get to know you” questions,” background checks, or any psychometric testing that you will do. It should simply add to it.

3) Performance Assessment must include the defined competencies:

Many companies have a “Competency” section in addition to measurable goals (Key Performance Indicators or KPI’s) in their Performance Assessment document. This is absolutely critical as competencies drive KPIS !!!! As long as they are assessed, they have a better chance of being demonstrated, especially if they are reinforced by leaders within the organization. This is where existing employees who would not have been a part of the first two steps will need to be convinced of the alignment process through conversation and should be given a chance to give their input.

For years, leaders have talked about SMART goals (Specific, Measurable, Achievable, Realistic, and Time-Bound) but the “A” should also stand for “Agreed Upon.”

As long as employees have input in setting goals, especially the measurable goals, there will be more accountability and a higher level of motivation to achieve them. Nobody wants to go after goals that they don’t believe in!!!! If they are forced to do this, the motivation to pursue them will be lacking.

At the end of of the year (if you only do annual Performance Assessments) or each quarter, (if you are in the habit of conducting quarterly performance assessments, which is recommended), the STAR guide comes into play again because the employee (For the behavior/competency section) will now be required to give examples of where they have shown “Teamwork”, “Integrity” or “Initiative” (if these were the behaviors defined for the job). This way, there is less room for arguments as you have this conversation. 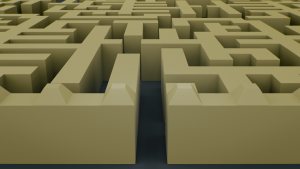 4) Feedback and Coaching
An extremely powerful motivator in any environment is PROGRESS. This can mean many things and leaders have the responsibility to let employees know if and when they are making progress.

Hearing positive feedback is something that we never grow out of. We take pleasure in getting validation from others.

Positive Feedback
Lisa, great work on the way you dealt with that customer yesterday!!! keep it up.

Negative Feedback
“David, I have an issue that I need your help with. For the last few weeks, I have noticed that you haven’t been getting your reports in on time. I feel a bit uncomfortable with this as it is keeping back the rest of the team. Can we do something about this?”

I am making sure that David knows that I am still on his side as part of a team. Also, keep in mind to do this in private. This negative feedback may then turn into a “coachable” moment. Suppose that David then says that he has been swamped with new tasks and is having trouble keeping up. This is an opportunity to coach David. Coaching, in sharp contrast to feedback, is inquiry-based (questions) rather than statements. The reason for this is to get the coachee to solve the problem on his own rather than you giving him the answers to everything. If you give him all the answers he will continue to come to you with problems rather than solutions and he will not develop. The consequence of this is not being able to trust him or delegate to him. 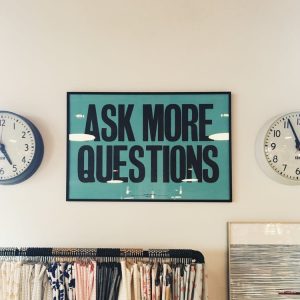 The coaching model:
Before I get into coaching, let me begin by telling you what coaching is not. Coaching is not training, coaching is not mentoring and coaching is certainly not telling people what to do. Coaching is unlocking a person’s potential to maximize their own performance. Coaching will first seek to establish the gap between where the coachee wants to be (GOAL) and where he is now (REALITY). So, the first thing you will want to ask David is more detail on what is going on right now. We can safely make the assumption that the goal is to get everything done.

After you have established the gap, you can proceed to ask: “What are your possible OPTIONS to be more effective?” He may give you some of his best options.

Ask: “Which option is most compelling?”
After he analyzes and chooses, ask: “What are you going to do first?”
After his answer and based on his options, ask: “Is there anything that may hold you back?” and/or “Do you have the resources you need?”

Please note: You, as th 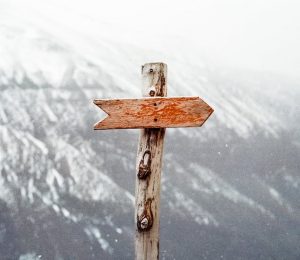 e coach may know the answers to all the questions but please do not volunteer information freely. It may take a bit longer to get to a solution, but you would have developed David’s initiative to think through things on his own. If at any time during the coaching session, you notice that David is not going in the direction you want him to go, you could say: “I noticed that you haven’t  mentioned the need for any training, do you think it may be a good idea?”

In the end, let him summarize what he is going to do and by when (WILL).

This model is called the GROW model (GOAL, REALITY, OPTIONS, WILL) and has proven to be very useful as a coaching tool to develop the level of initiative in employees over time.

Inefficient or non-existent reinforcement systems in any organization are the “root of all evil.” If we fix the “root”, alignment of behaviors and goals becomes more possible and any skill or behavioral training delivered to staff will make a difference in both the short and long term.

The Uplifting Power of “Losing!!”
Next
Constructing a Future: The Power of Hope

The Link Between Behaviour and Culture We NEED To Talk About

The Future of Work: 3 Critical Areas That Leaders Must Navigate When Working Remotely

5 Don’ts of Working Remotely: Adapting to The Digital Transformation