Home / Blog / Constructing a Future: The Power of Hope
Return to Previous Page

As our mental and physical inbox continues to be “flooded” on a daily basis, amid all of the chaos there are sometimes new opportunities to look forward to, some time to reflect, and a chance to make changes if necessary. For those who have had a great year so far, whatever you are doing, keep doing it!! Nevertheless, for many, it hasn’t been smooth sailing. Here at home, it’s been a tough few years both socially and economically. Much experienced loss, sadness, fear, disappointment, or some other source of hardship both personally and professionally due to the pandemic or otherwise. Even if we didn’t experience it personally, we were a part of the lives of those who did. For those who experienced major challenges, you are not alone.

Even though there are optimists among us who will say – keep the faith, stay positive, look at the good that will come of it and while all of this is important, it’s easy to see that we are not in control of everything. It can therefore b 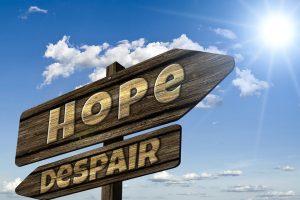 e difficult for some to simply make it all go away. Negative things are going to happen, it is inevitable. We can, however, change our perception of the things around us so that we could function better at that moment. American psychologist, Rollo May once said:  “depression is the inability to construct a future.”  We can certainly change the stories we tell ourselves. What is certain is that many of us can use a little more strength and maybe a little more hope. It is what keeps us moving forward.

In the 1950s, Curt Richter, a professor at Johns Hopkins, did a famous drowning rats psychology experiment. This experiment, though cruel, demonstrated the power of hope and resilience in overcoming difficult situations.

In these experiments, Richter wanted to test the hypothesis that introducing hope to rats would increase their survival times. He placed rats in a pool of water to test how long they could thread water. On average they gave up and sank after 15 minutes. However, while they were giving up due to exhaustion, the researchers took them out, dried them off, and let them rest for a few minutes before putting them back into the water for a second try.

How long do you think they lasted? The answer is roughly 60 hours. The conclusion drawn was that since the rats ‘believed’ that they would eventually be rescued, they could push their bodies way past what was previously possible.

So what does this mean for people?

Even though humans and rats are very different beings, we can learn a lot from this scenario. Where individuals have hope, they usually have higher levels of determination and perseverance. They will keep striving when they feel there is a chance of success or rescue. When they don’t have hope, they will be less likely to go through with it.

So, if they are rescued from time to time. If they are supported. If they believe the future will be a better place and if they feel others are there to help them, they will be more likely to be able to drive themselves through difficult situations. The importance of belief here is similar to the importance of belief in the expectancy theory of motivation which suggests that individuals are motivated to perform if they know that their extra performance is recognized and rewarded.

Though these experiments should no longer take place, we shouldn’t ignore what people have already discovered from them in the past. The fact that hope leads to greater resilience will not be a surprise for many.

If we exclude the obvious such as a plan, the deadlines, and the support systems that will add to hope as we go after our goals, there are two internal factors that will be the catalyst for your desired future:

1) Prepare to receive it

In their book, “Switch”, Chip and Dan Heath shared the story of a first-grade elementary school teacher, Crystal Jones. She was the first teacher for a group of kids in Atlanta, Georgia. Some of these kids didn’t know their alphabet and some didn’t even know how to hold their pencils. She knew that the “climb” ahead would be a steep one so she devised a plan that would mentally prepare them to receive what would come next. She told them: “At the end of this school year, you’re going to be third graders” (She was referring to their skill level and not the fact that they would actually be in third grade). This statement had a tremendous impact because the first graders knew that the third graders were bigger, smarter, and cooler. 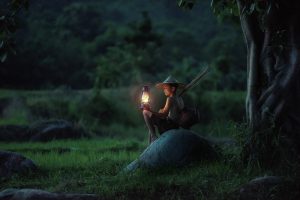 A few months into the year, the kids’ test scores had reached second-grade level. So to celebrate this, Jones held a graduation ceremony before the end of the school year. For the rest of the year, the kids took great pleasure in referring to themselves as “second graders.” By the end of the year, over 90 percent of the kids were reading at or above a third-grade level. These children got the assistance of a great teacher and leader who made sure that they would be ready for the next school year.

For us, we can set our own stage and live as though we expect to get to our goal. It’s about being in the process. As a young sales representative several years ago, I started to prepare myself for a leadership role by taking the initiative to familiarize myself with Microsoft Office Suite even though I wasn’t using it at the time for my job. I was simply preparing myself for the place I wanted to be. That time eventually came and this was one aspect of the position that I was ready for!!!

“Preparing to receive it” can be both mental and physical. It’s being a pleasant customer service representative regardless of who you will meet that day. It’s designing your house plan with your 3-car garage because you know you want to fill it in the future. It’s mastering communication skills before you actually become a businessman, lawyer, or doctor (If you don’t think bedside manner is important, ask a child who hates their Pediatrician). While this may seem counterintuitive to many, it’s about preparing the “space” even when you have nothing to fill it with yet.

So be ready to receive the goal, whatever it may be. What I am referring to here is bold-faced anticipation and it goes “hand in hand” with the second factor….GRACE.

There are many definitions of grace but the one I will focus on is this: GRACE is “a manifestation of favor, especially by a superior” (dictionary.com). Whether you want to call the “superior” God, infinite intelligence, divine assistance, luck, or claim that things just happen, it doesn’t really matter, it happens. 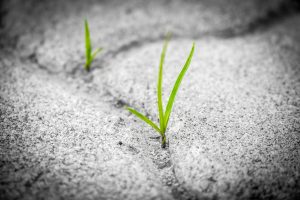 I agree that we should have a proper plan before we go after any goal. But, how many of us have achieved things without initially having the resources, whether emotional or physical, to achieve them? How many of us, for example, landed a great job or completed a major project when it didn’t initially seem like it could happen by the deadline? We nevertheless went after it with some level of determination. It certainly went beyond the “I only have access to 1 million dollars so I could only build a 1 million dollar house” thinking.

Motivational speaker Anthony Robbins said it best – “If you are taking massive action and getting better and better at executing, there is only one more thing you need to get whatever you want and that’s grace.”  You may not always see where the resources will come from but many of the physical and emotional resources will “show up” along the way, it’s part of the process and it has certainly been my experience. I am all for logic but not everything is going to be logical. Things don’t always go the way we planned. Grace shows up because we act.

Please keep in mind that in preparing to receive your goal and being open to grace, your mindset needs to be one of optimism or positive self-talk. All action is really up to you. Do you have a goal? Do you really want it? in other words, do you have a good reason for going after it? Always remember that reasons come first and answers come after. We sometimes will never know what will happen in the end and that alone can prevent action but we have nothing to lose by being optimistic about it. Therapist, Behavioural Expert & Best-Selling Author, Marisa Peer said this: “All your feelings are down to two things: the pictures you make in your head and the words you say to yourself.” If we can’t predict an outcome, why focus on a negative one?

If you found this blog useful, please leave your comments and feel free to share with your colleagues.

“Tony Ragoonanan is the Founder of  V-Formation Training & Development. As a Trainer and  Performance Management Specialist, he helps individuals, teams, and businesses to align behaviours and goals, create the right organizational culture and maximize capability. Outside of this, it’s all about family, football, and fitness!!”