Home / Blog / That Is Not My Job: The King’s Cross Tragedy
Return to Previous Page

Minutes from disaster in November 1987, a commuter at King’s Cross subway station in the London Underground stopped an employee, Phillip Brickell, as he collected tickets from commuters. The commuter informed him of burning tissue close to a nearby escalator. Brickell did put the small fire out but thought no more about the tissue and where it had come from. He also did not tell other employees or call the fire department.

Fifteen minutes later, a passenger told another underground employee about a wisp of smoke as he rode up the escalator. This time, safety inspector, Christopher Hayes, went to investigate. He passed the sprinkler system which he and other staff members were never trained or authorized to use because it was controlled by another department.

Further reports of smoke and flames were increasingly being reported by commuters but the staff at King’s Cross had no idea it had spread to a much larger fire that was getting worse at another location in the station. 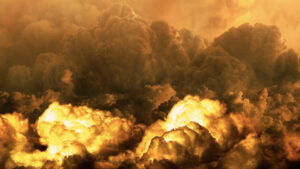 By this time, overcome by the thick smoke, the fire was too big to extinguish on their own.

King’s Cross was one of London’s largest, and busiest London subway stops. It was a maze of long, very old escalators and tunnels. Thousands of passengers passed through King’s Cross every day. While a burning tissue wouldn’t seem like much on its own, the environment it was in is what led to disaster.

The leadership at King’s Cross insisted that employees shouldn’t do anyone else’s job and that the fire department shouldn’t be called unless it was absolutely necessary.

31 people lost their lives that day in addition to 100 injuries from a simple fire that spun out of control.

What was missing? In this case, the culture within the organization at the time caused the; “that is not my job!!” thinking.

Does that sound familiar?

It is not that the organization didn’t have routines, it was that they didn’t have a routine for this type of incident, making them unprepared. They also created a culture where people would not overstep their bounds.

So what can we learn from the King’s Cross tragedy?

Is it an easy fix?

But unless we start with the right processes at the beginning, we will never get the behaviours or actions we need to have to create alignment within the organization. Like Abraham Lincoln once said: “Give me six hours to chop down a tree and I will spend the first four sharpening the ax.” We must focus on the root of the issue. Organizations that don’t have processes in place or individuals without the right skills and behaviours can turn out to be a disaster as individuals never get an opportunity to create the right habits.

If this resonates with you, please leave a comment and think about ways you can incorporate these actions, if relevant, into your organization.

Ragoonanan is the Founder of  V-Formation Training & Development. As a Trainer and Performance Management Specialist, he helps individuals, teams, and businesses to align behaviours and goals, create the right organizational culture and maximize capability. Outside of this, it’s all about family, football, and fitness!!